BIFF highlights the hidden treasures in the world of Independent cinema and the opportunity to meet with and enjoy the the work of filmmakers, producers and actors, from around the

BIFF highlights the hidden treasures in the world of Independent cinema and the opportunity to meet with and enjoy the the work of filmmakers, producers and actors, from around the world including those from right here in the Caribbean! 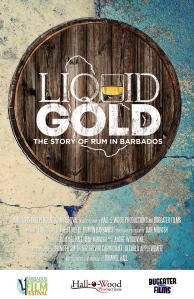 Liquid Gold: The Story of Rum in Barbados will be screening at the Opening Night Gala.

Initiative:
The BIFF Collaboration Grant, an annual prize awarded to two filmmakers who have participated in the previous year’s festival, seeks to advance further BIFF’s mission of supporting strong story-telling and the work of emerging independent local and international filmmakers. The focus of the grant must primarily feature unique stories about Barbados.

The BIFF Award for Best Local Film is open to all filmmakers with long-term residence in Barbados. The winner will automatically be paired with an international filmmaker to participate in the following year’s Collaboration Grant project. Based on their winning submissions in BIFF 2018, local filmmaker Rommel Hall and US-based Dan Mirvish will be the second pairing to collaborate on a short film. Hall’s Abiola took the prize for Best Local Filmmaker. Their collaborative effort will premiere at the third edition of the Barbados Independent Film Festival. 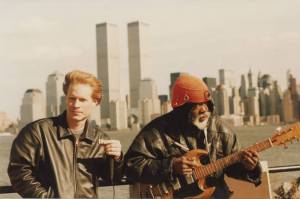 SATAN AND ADAM follows two musicians from the opposite ends of life who met on the streets of Harlem in 1986. Against the backdrop of racial discord in the city, Adam Gussow, a young white Jewish harmonica player, and Sterling “Mr. Satan” Magee, an older black Mississippi bluesman, joined forces to blaze a new musical trail. Bi-racial blues. Po-mo blues. Whatever you want to call it, it changed their lives forever and contested longstanding notions of cultural appropriation. Shot over 30 years, Satan & Adam showcases a miraculous journey of friendship, heartbreak and the transformative power of music.